The Adult League follows all USA Hockey Rules and Regulations.

In addition, the following Rules are enforced at all times:

Players: All players MUST present current, unaltered player card to scorekeeper before taking the ice.

All adult players are required to be registered with USA Hockey and have an Alaska State Hockey Association picture ID card to participate in any game. Players will need to hand these cards in to the ref or scorekeeper at the beginning of each game. Cards will be returned after the game is done.

If a player receives a game misconduct or match penalty, their card will not be returned until the penalty time has been served.

Any ID card found to be altered in any way will be confiscated by the score keeper, referee, or league management, and that player will not be able to play until a new card is obtained.

Players will not be allowed on the ice if they do not have an ID card.

Any player caught using another player’s card will face disciplinary action, and up to a 5 game suspension (along with their team Captains).

Play It Again Sports on Spenard Road is now the official Alaska State Hockey ID Card supplier. Cards will be printed while you wait. No emailed images will be accepted for the new cards – you must physically go to the office.

You may contact Play It Again Sports at 278-7529 with questions or visit their store at 2636 Spenard Road in Anchorage.

To Register with USA Hockey:
1. Go to https://membership.usahockey.com/ and click “Register Now”
2. Confirm Age
3. Choose Player/Coach
4. Follow the instructions and once the player/coach is registered USA Hockey will email and also allow the player/coach to print out their confirmation page
5. Provide a copy of your confirmation number to the League Director(s) online at https://www.omalleysports.com/adult-hockey-registration/.

Subs: Any SAL goalie in good standing may sub on any team. Players may NOT sub at any time.

Goalies: Teams must start a game with a goalie in full gear and on the ice. Failure to do so will result in a forfeit. The goalie must remain on the ice until at least the first stoppage of play. After the first stoppage, the team may have a sixth skater in lieu of a goalie.

Scoresheets: Scoresheets are pre-printed by the SAL administration with current rosters.

Only players (except goalies) on the scoresheet may play, EVER. This includes before the roster ‘freeze.’ Substitute goalies may be written in.

Rostered players MUST wear a jersey with a number matching the official roster, which is printed on the scoresheet.

Jerseys are not provided for teams. It is recommended that each team have a light and dark jersey on hand for each game.

Roster Changes: Please allow at least 2 business days (48 hours) to process the roster changes and updates. Roster updates MUST be done by noon on Friday for weekend games. No roster adjustments will occur on Saturday or Sunday.

Referees: Two certified referees will be scheduled for each game. Due to the large number of teams and games, refs are not always available. Games will NOT be rescheduled due to lack of refs.

Scorekeepers: Every effort will be made to have a scorekeeper available.

Gear: Due to the potential for injury it is necessary for all participants to wear protective gear as required by USA Hockey.

BAC and Advanced players must wear a full facemask or a half shield/visor properly attached and in the down position.

**To mitigate the spread of COVID-19 and other pathogens players are urged to wear a face mask or full face shield both during play and on the bench.

Checking and Contact: Checking and other intentional physical contact is not allowed in any Subway Adult League or Sarvis League games.

Slap shots: No slap shots are allowed at any level of play. Any stick raised above the waist will be called for a high stick and face-off will be in the offending teams’ defensive zone.

Goal limits: No player in Novice & Novice South may score more than 2 goals per game. Excess goals will not be counted, and the faceoff will be taken in the shooting team’s defensive zone.

Penalties: Any player who receives 3 penalties in a single game will be ejected for the remainder of the game. This rule applies to all divisions.

Any player, in any division, removed from a game for fighting will receive an automatic 2 game suspension and must sit out their next two games with the team on which they were playing when the penalty was received. Those players rostered on more than one team will not be able to participate with any other teams until the suspension has been completed.

Players who receive a second suspension for fighting will have to sit out the next 4 games with the team on which they were playing when the penalty was received. The 2/4 game fighting rule applies to all games played at both the SAL and AAHL. THIS APPLIES TO ALL DIVISIONS.

Any player receiving a match penalty will be required to attend a state disciplinary hearing, and will have to sit the required game(s) from the team on which the penalty was received. If the player is rostered on another team, he or she will be unable to participate with that team until the suspension has been completed.

Team Members are expected to conduct themselves in a sportsmanlike manner both on and off the ice. Unacceptable or abusive behavior toward referees, facility employees, or arena patrons will not be tolerated. Failure to comply may result in suspension of a player or team for one or more games. Any individuals taking part in abusive behavior may also be suspended from the arena at the discretion of arena management.

Players who are intoxicated or smell of alcohol will be removed from the game.

NO ALCOHOL IS ALLOWED ON THE PLAYERS’ BENCH AT ANY TIME.
Any team found with alcohol on the bench forfeits the game and will be instructed to leave the ice. 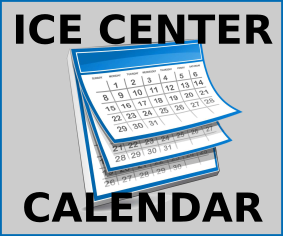 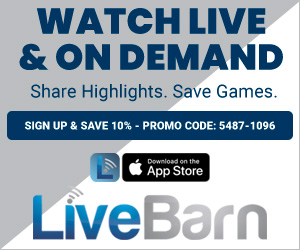 Inquiries about ice for rent should be directed to:

Inquiries about court availability should be directed to: